Click the button below to search the Library's catalog.

Log-in with your NetID and password to use these e-books from off-campus.

These databases are good places to start your search. Log-in with your NetID and password if you are off-campus:

The Loeb Classical Series can be found on the 3rd floor of the library beginning at PA 6156. Look for the rows of little red and green books! This series of books provides the original text and English translations of classical works. 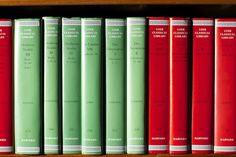 Can't get enough Roman empire stuff? Check out this HBO series on DVD: