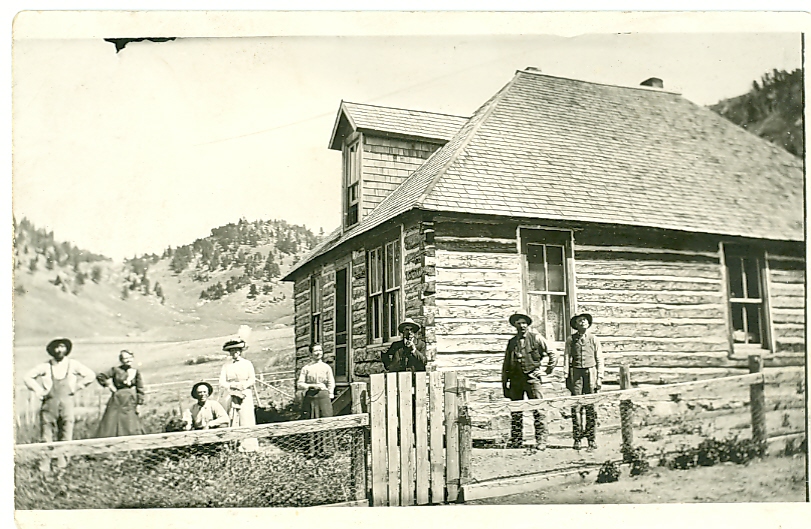 The Dudley White Collection contains personal papers, ledgers from Bannack, Virginia City, and one from Helena, Montana, books with a focus on Western and Montana history, drawings, prints, postcards, artifacts, and the photograph collection which contains personal photographs stored within cigar boxes and the collected works by photographers David Barry, the National Archives, L.H. Jorud, and K.D. Swan. The collected books were donated in his mother's honor, the Dora White Memorial Collection.

At the age of eighteen, Dudley White left Illinois. After extensive travel throughout the western United States, he finally settled in an area west of Billings, Montana.  Dudley’s first piece of land would come from a man who had first homesteaded the land in 1888. From 1902 until 1944, Dudley acquired 2500 acres. His ranch was named the T4, and it was located in Limestone area of Stillwater County. He ran about 500 head of cattle and three tons of hay.

In 1944, after suffering a knee injury from a bad spill from a horse, Dudley retired in order to devote more to time to his passion, the history of Montana and the Northwest in general. He sold his land, along with his mother’s and brother’s, and he moved forty-five miles to the small town of Columbus, Montana. He spent his remaining years acquiring books and art relating to the West. His collection eventually swelled to 1500 volumes.

It was in February 1957 that Dudley passed away after being injured in a fall. He was 82 years old. As part of his will, Dudley asked that his extensive collection be sold to an area University. Eastern Montana College (now Montana State University Billings) purchased the collection for $10,000.