Native Americans were the first inhabitants of the area to become known as the state of Montana. Tribes include the Crows in the south central region, the Cheyenne in the southeastern part of the state, the Blackfeet, Assiniboine, and Gros Ventres in the central and north-central areas, and the Kootenai and Salish in the western sector. The Pend d'Oreille were found around Flathead Lake, and the Kalispel occupied the western mountains.

The Lewis and Clark Expedition of 1804-1806 was the first group of white explorers to cross Montana. Hard on the heels of the expedition arrived the fur trappers and traders. Trappers brought alcohol, disease, and a new economic system to native populations. The fur trade was mostly over by the 1840s due to dwindling supplies of beaver and the loss of popularity of the beaver hat.

Roman Catholic missionaries followed the trappers into Montana. They established Saint Mary's Mission in the Bitterroot Valley, thought to be the first permanent settlement in Montana. They also promoted agriculture and built a sawmill.

The discovery of gold brought many prospectors into the area in the 1860s, and Montana became a territory in 1864. The rapid influx of people led to boomtowns that grew rapidly and declined just as quickly when the gold ran out.

As more white people came into the area, Indians lost access to their traditional hunting grounds, and conflicts grew. The Sioux and Cheyenne were victorious in 1876 at the Battle of the Little Bighorn, and Chief Joseph and the Nez Perce won a battle in the Big Hole Basin (1877). Yet, in the end, the Indians could not hold out against the strength of the United States Army.

Miners weren't the only early settlers in Montana. Cattle ranches began flourishing in western valleys during the 1860s as demand for beef in the new mining communities increased. After 1870 open-range cattle operations spread across the high plains, taking advantage of the free public-domain land.

During the 1880s railroads crossed Montana, and the territory became a state in 1889. Hardrock mining also began at this time. Butte became famous when silver and copper were discovered. The Anaconda Copper Company, owned by Marcus Daly, became one of the world's largest copper mining companies and exercised inordinate influence in the state.

Cattle and sheep ranches continued to take advantage of Montana's abundant grasslands. Passage of the Enlarged Homestead Act in 1909 brought tens of thousands of homestead farmers into the state looking for inexpensive land. Wheat farming was popular until an extended drought, and a drop in market prices after World War I, ruined many farmers. The homestead "bust" forced many farmers to abandon Montana.

Montana's post-World War I depression extended through the 1920s and right into the Great Depression of the 1930s. Then President Franklin D. Roosevelt's "New Deal" brought relief to the state in the form of various projects and agencies: the building of Fort Peck Dam; the Civilian Conservation Corps (CCC); the Works Projects Administration (WPA); the Agricultural Adjustment Administration (AAA). These "alphabet agencies" mark the first real dependence of the state on federal spending in the 20th century — a reliance that would build through the century.

As across the nation, World War II broke the hold of the Great Depression on Montana. The war brought additional federal monies to the state, but drew young people into the service and into wartime industries on the West Coast. The resultant wartime dislocation changed Montana forever.

Post-war or "modern" Montana (1945-2000) has been characterized by a slow shift from an economy that relies on the extraction of natural resources to one that is service-based. Such traditional industries as copper, petroleum, coal, and timber have suffered wild market fluctuations and unstable employment patterns. Agriculture — while dependent on weather, a declining workforce, and international markets — has remained Montana's primary industry throughout the era. After 1970 tourism supplanted mining as the state's second-largest industry. This era also saw the important shift in the state's transportation system from railroads to cars, trucks, and highways.

Montana post-war politics has been keyed by some remarkable national politicians: James E. Murray, Mike Mansfield, Lee Metcalf, Pat Williams. Montanans, more conservative on the state level, frequently have split their legislative houses and sought only moderate change. An exception was the passage of a new state constitution in 1972 — one which placed more responsibility on the individual voter and made significant strides to protect the Montana environment. Some observers say that much of subsequent Montana history can be seen as the working out of that 1972 constitution.

Montana's post-war society has evolved significantly during the "modern" era. Still predominantly white, it has experienced the building of bridges with Indian communities, the acceptance of immigrants, the development of a Hutterite network, and the emergence of white-supremacist cells. Population shifts have loaded most of Montana's people in the western one-third of the state and "emptied out" eastern Montana's vast spaces, and a drop in population cost Montana a U.S. House seat in the 1990s. The state's population only surpassed one million in 2012.

While some national observers consider Montana a part of America's "cultural outback," many Montanans pride themselves on their strong spirit of community, their close contact with the environment, and their fundamental "sense of place." The debate continues. 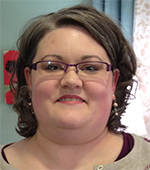