Barstow collection can be viewed at Indian Peoples of the Northern Great Plains Digital Collection.

Click on Titles Sorted by Contributor then MSU-Billings to view the 62 digital images. 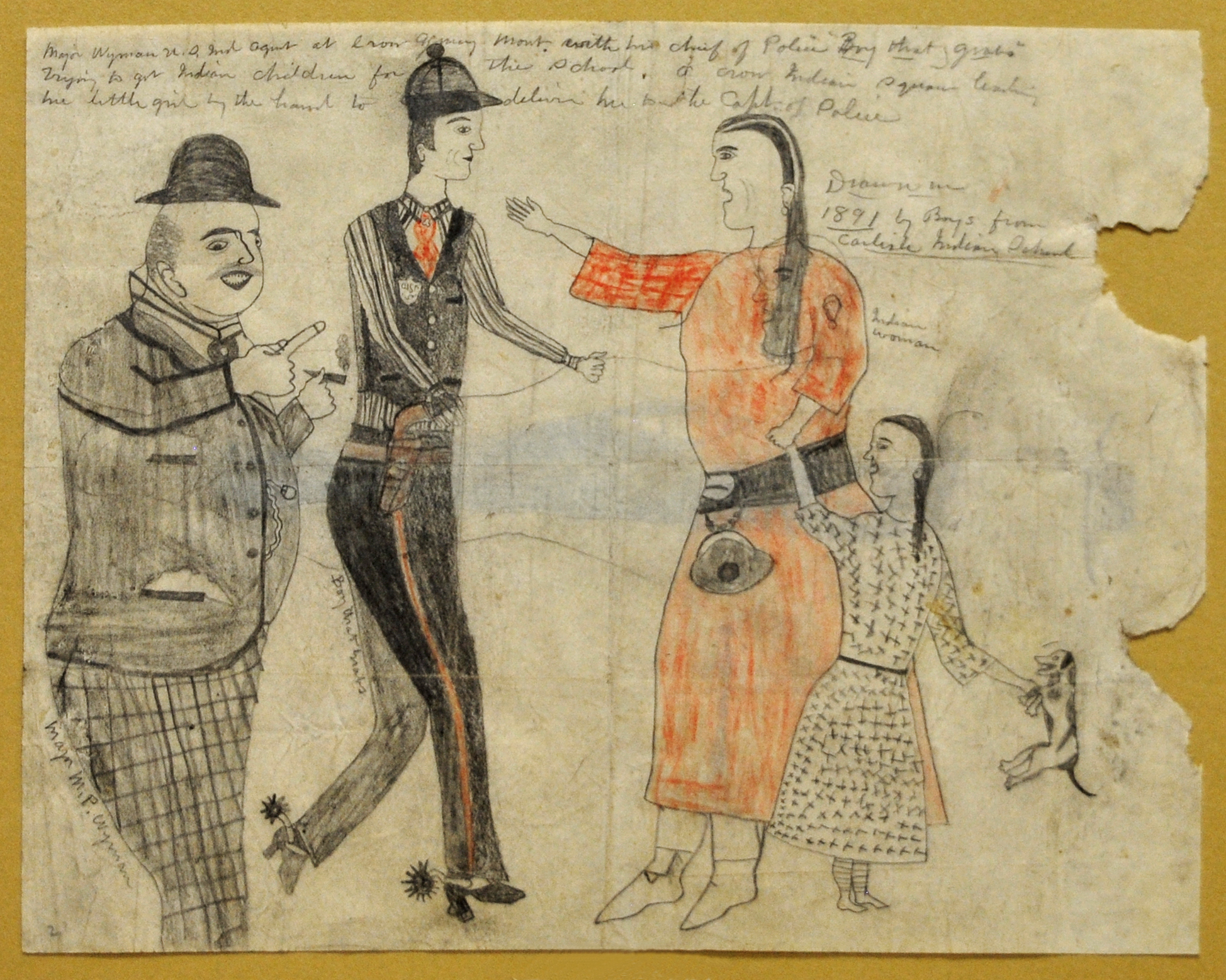 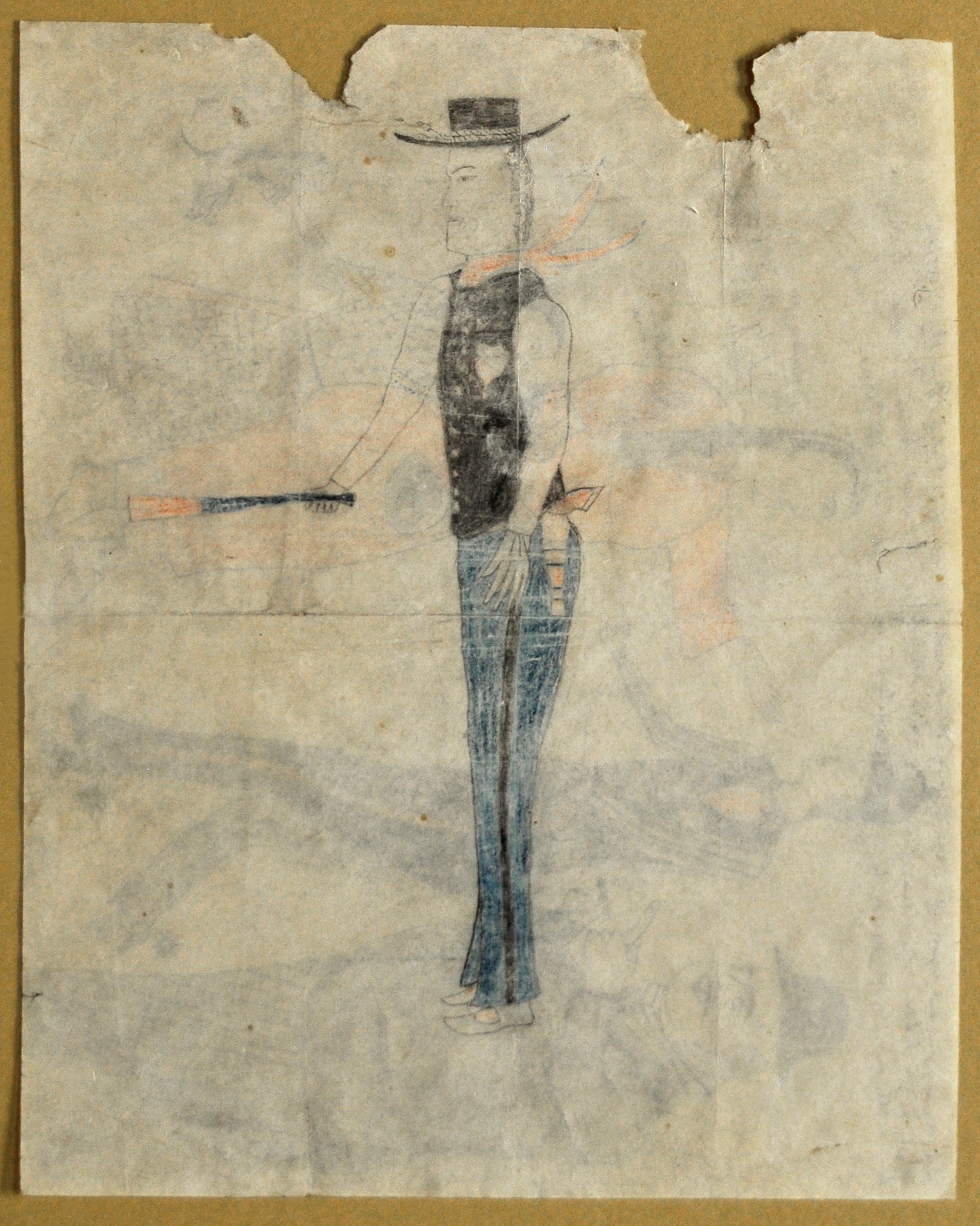 Between 1879 and 1897 Crow and Gros Ventre Indians at Crow Agency, Montana, created a number of ledger drawings. Of these, sixty-six survive in a group now known as the Barstow Collection in the Montana State University-Billings (formerly Eastern Montana College) Library Special Collections in Billings, Montana. This essay is about those pictures--when, why, and how they were done, by whom, and what they depict. Orientation is taken from John C. Ewers' comparative ethnological approach to interpret the content and context of the pictures. It is important to note that Dr. Ewers' early work directly with Indian people influenced his approach to a large number of very important issues. The present essay has been influenced by Dr. Ewers and also by direct work with Indian people.

Upon the return of the Crow delegation from Washington, D.C., in 1880, a council of tribal members was held. The person who recorded that meeting was a young man who was a clerk for the Bureau of Indian Affairs at Crow Agency-Charles H. Barstow. His daughter, Elizabeth Barstow (1930), writes that his family had been shipbuilders in Massachusetts. He decided to go west after his father died suddenly. He was in Wichita, Kansas, for awhile before coming to Montana sometime after the Custer Battle of 1876, but before 1880. His position as Chief Clerk at Crow Agency, which he held for some 20 years, was his first and last government position. As Chief Clerk his duties included supervising the subordinate clerks, taking care of accounts, filing, and acting as secretary, go-between and general handyman for the Agent. Also he maintained a small dispensary and treated minor ailments. When the Agent was away from the Reservation, such as during the 1880 trip, he was Acting Agent.

Barstow encouraged Indians at Crow Agency to make drawings. And, visiting Indians with more exposure to ledger art and the White man's art may have encouraged the Crow also. These first pictures were made at the Absarokee Agency between 1879 and 1884. In 1884 the Agency began the move to its present location on the eastern side of the Reservation. In the new location as well, additional drawings came into Barstow's hands, done for him, for others, or independently. This, then, was the immediate stimulus for what was to become a remarkable and rare collection of pictures by Indians done at the Crow Agencies in Montana.

Apparently, Barstow collected many items of Indian material culture, such as blue army uniforms, firearms, war bonnets, elk-tooth jackets, drums, coup-sticks, quirts, pipes, scalps, bows, and other mementos of the period. All of these things were sold bit by bit during the last years of his life and after he had retired from the Bureau of Indian Affairs. Most were scattered and lost. Barstow died in February 1908 at the age of 58 and is buried in Mountview Cemetery in Billings.

In 1930, a group of ledger drawings was discovered in a storage trunk in Roundup, Montana. They were placed in the possession of George F. Shea, manager of the Northern Hotel in Billings, for possible sale, and came to the attention of Ruth Ann Wilbur Hines and a group of concerned persons in the city. Feeling that the pictures had artistic and historical merit, they were instrumental in arousing the interest of Dr. M.A. Brannon, Chancellor of the Greater University of Montana, and Dr. L.B. McMullen, President of Eastern Montana State Norman School. The pictures were purchased by Eastern Montana College. Mrs. Hines was commissioned to clean and mount the pictures for safekeeping and to document their history.